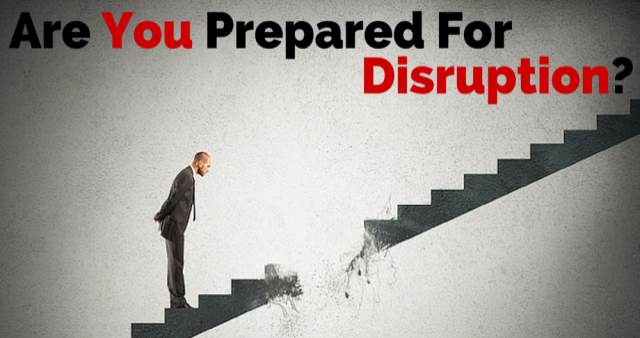 Last week the Financial Review invited me to their 2 day top-tier business summit–possibly because it was on International Women’s Day and last year they included me in their Top 100 Women of Influence.

As I headed home on the Manly Ferry, I reviewed my notes from the array of presentations. Fairfax CEO Greg Hywood had kicked off proceedings, commenting that ‘no one has the luxury of being passengers on the plane’ in our world of constant disruption.

As ferry passengers, we found ourselves amidst disruption of a different kind when the gear box broke and we drifted for about the same amount of time it would take to fly to New Zealand!

This provided more than ample time to reflect on the two days of information. Indeed-shift happens! As drift happened and day turned to night, this baby boomer became somewhat cynical of the rhetoric that had been espoused by the Prime Minister, other political leaders and CEO’s of established corporations about infrastructure-and I longed for innovations championed by those in the new economy only hours earlier…(to read more click here)

-David Rohrsheim CEO of Uber ANZ quoted that 25% of people under 25 in Victoria don’t have a driver’s licence and prefer a simple click get a car to take them from A to B. He’s also undoubtedly thought about Uber afloat; as two strangers and I considered collectively calling a water taxi-but of course there was no safe way to exit the large ferry. Driverless cars-and boats-aren’t far off.

-Don Meij CEO of Domino’s pizza spoke of drone delivery. I spoke at their conference a couple of years ago and emailed him that he might also consider a captive market on stranded ferries.

-Tim Fung of Air Tasker-might have been able to more quickly send a tradesman with the necessary spare parts to repair the ferry malfunction.

-Michael Cannon-Brookes of Atlassian and Adrian Turner of CSIRO both with a no-nonsense approach-predicted that 40% of jobs won’t exist in the future but new ones would emerge.

So rather than vent on Sydney Ferries for a poor contingency plan on this occasion (and to be fair-they’re usually pretty good) we’ll likely only have some nameless/faceless programmer to blame in future.

Ironically, when speaking a 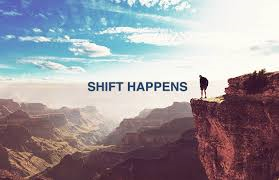 t a conference to one of the world’s leading technology companies only the day before in a presentation titled ‘Shift Happens-Seize the Adventure’, I’d cited the need to combine high tech with high touch…old fashioned communication and listening while we surf the waves-or surf the web.

Sometimes the more things change-the more they remain the same-so that’s why organisations need to do more than pay lip service to educating and empowering their human capital. Other information that may be of interest:

-Jennifer Westacott Chair of the Business Council-‘100,000 Chinese visitors in 2000 and 1.2 million last year’. (the two who threw up on the ferry won’t likely return)

-Angus Grigg-Fin Review correspondent-China is tackling corruption and their leader may soon be more powerful than Chairman Mao. Companies wishing to do business there shouldn’t be seduced by the size of market or social media but need to build long term relationships. Rather than be overwhelmed by 1.3 billion customers there, stick to quality and test market on the local Chinese community here.’

-Anthony Pratt-Chair of Visy is the largest Australian employer in the USA and sells boxes to Amazon because they were ready with re-cycled materials at about the same time as the documentary ‘An Inconvenient Truth’ was released and businesses had to meet eco standards. He said success wasn’t that complicated: ‘Look after your best customers. Look after your best people. Make a profit. Collect debt. Be persistent. Listen to the man on the street.’

After talking with his factory workers in Ohio, he placed a $100,000 bet on Trump to win weeks before the election and more than quadrupled his money. Hmm, I’m not advocating that but what I also found interesting about his presentation was that he had hand written notes rather than the slick powerpoint of many of the major corporates-maybe that’s a difference between a private and a public company in terms of risk taking and speech making. 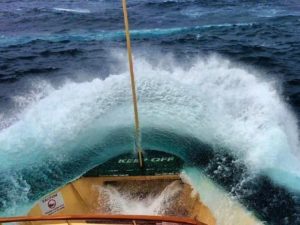 After 3 hours on the ferry, most devices had flat batteries so passengers actually spoke to each other.

Likewise, my key takeaway from the event was a couple of meaningful conversations at breaks-rather than those superficial encounters when someone simply launches into their elevator pitch and thrusts a business card at you like conference confetti.

I missed an 8PM teleconference with Singapore and even though another passenger kindly offered me his phone, of course all contact details were in mine. When it re-charged 2 hours later, the first text was from my bank saying my credit card had been hacked so they cancelled it, and the auto debit for my wifi provider was due at midnight so it was about to be cut off.

Even my fit bit battery gave up the ghost on the ferry-so by this stage, I wasn’t even sure I still had a pulse!

As my head finally hit the pillow, I recalled a speaker from CSIRO saying they were on the cusp of being able to slow down the aging process by turning off a gene-and wondered if maybe we could all, regardless of age, simply slow down…just a little.

Shift happens…Drift happens…Keep your spirits afloat in the turbulent waters of change.