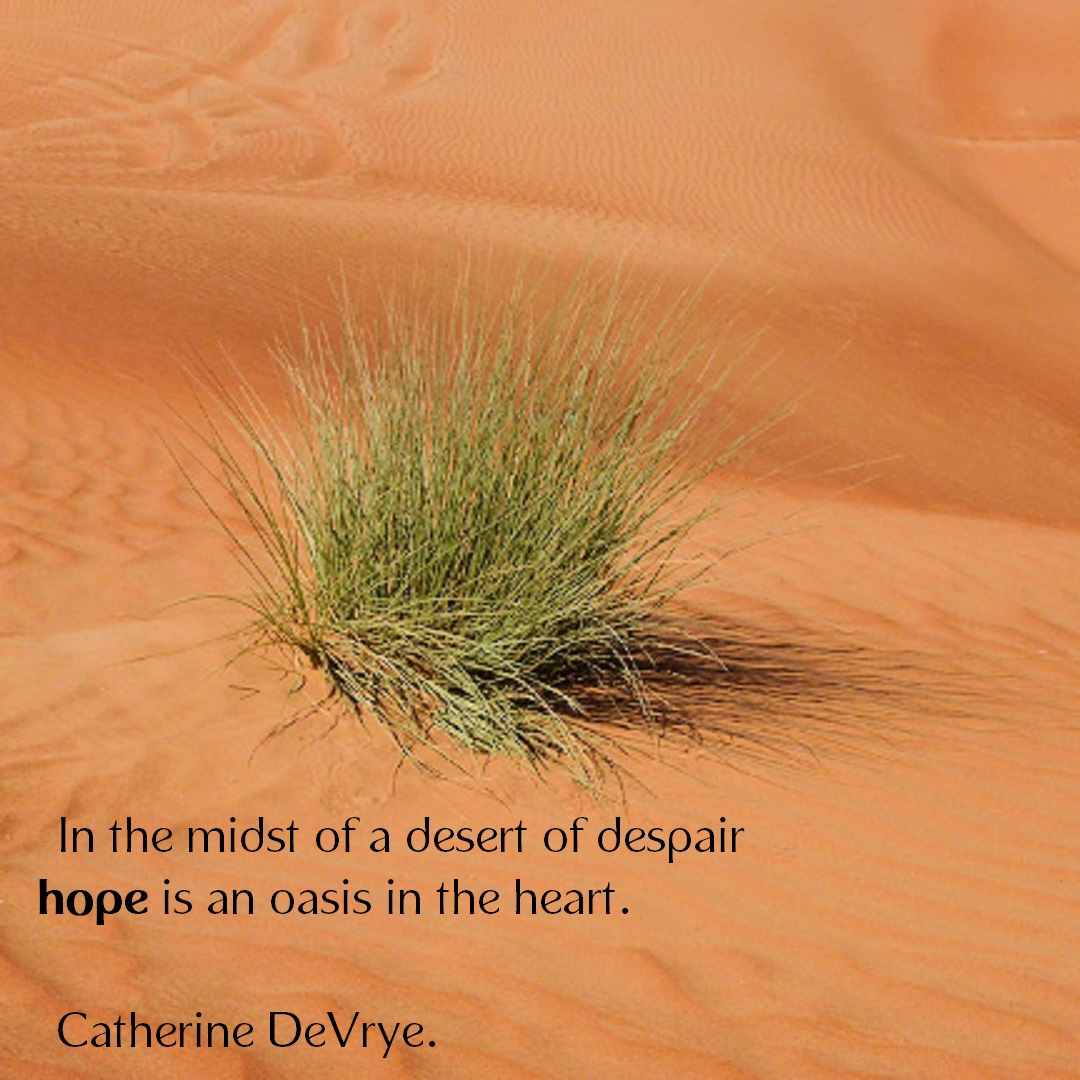 There is no room for corona complacency during this current medical and economic crisis! Yet in spite of cancelled travel plans, cancelled conferences and investment losses, I’m relatively calm at present …possibly because of my lifelong work to help others be more resilient in times of change; and probably because I’m old enough—and lucky enough—to have survived previous stock market crashes, job losses, airline closures, toilet paper shortages, Ebola outbreaks and being stranded in third world hospitals, war zones and countries with border closures.

Yes, I’m extremely concerned. Extremely! Anyone who isn’t… is delusional. Yet, fear is the thief of time, kindness and courage. There is no vaccine from the trauma of life; whether a bushfire, pandemic or loss of a loved one by tragic or natural causes. Yet knowledge and perspective may sometimes serve as a mild antidote to anxiety.

And although not feeling particularly ‘motivated’ as a ‘motivational’ speaker at the moment, I learned a long time ago to focus on what I can do as an individual-and not waste too much energy on what I am unable to change. So, although somewhat lengthy, here are some thoughts and lessons learned on my own journey that might help keep your spirits up, as the dollar and share market go down.

PLAN WHAT YOU CAN

not the first toilet paper shortage in history. As IBM’s Human Resource Manager in Japan 1986-88, responsible for 600 expat families, one of my KPI’s was to insure supply because the country had been devoid of it. And anyone who’s been to Japan in recent years knows what uniquely innovative toilets they now have! Great to see manufacturers already re-tooling to supply masks and ventilators; some 3D printed.

So let’s not panic buy. I’ve needed none since returning from Central America three weeks ago because I readily confess to often ‘stockpiling’ two packs of all non-perishable items when on sale; as my grandmother who lived through the great depression always did. A friend going to hospital for a knee operation and unable to drive for six weeks ‘confesses’ likewise.

It’s called frugal planning and is quite different to selfishly hoarding excess. Admittedly, we’re privileged to have purchasing power and space to store it…but do people really need to fight over it in the supermarkets?!?  We can do better.

Also during my time in Japan, the stock market crashed in 1987 which, until this week, was the biggest fall since the Depression. Little work was done at IBM HQ as we saw our company plummet with fear of job losses; as many fear likewise at the moment; especially casual workers and sole traders.  Productivity itself is suffering because everyone is spending a disproportionate amount of time wanting to connect and talk about how bad things are. It’s good to stay connected when feeling overwhelmed! But overcome the overload to also talk about what we can do as individuals and be grateful for small joys in everyday.

Tragic disruption also happened in 2001 with the shock tragedy of 9/11. That day I happened to be the keynote speaker at the World Airline conference in Brisbane. The topic: ‘Change is inevitable-Learning from change is optional’. You can imagine the mood among the 1600 delegates from around the world…Our world changed forever then-as it is doing today.

SAVE FOR A RAINY DAY

That same week, Ansett Airlines (Australia’s second largest) collapsed which naturally made headlines but many suppliers and small businesses also went under with horrendous fallout, including unreported suicides. Conferences were cancelled and the gaping hole in my busy schedule (and cash flow!) prompted me to write a book Hope Happens!-words of encouragement for tough times; the opposite of S%#T happens. And that was long before any toilet paper crisis.

Then life slowly returned to normal; admittedly, a new ‘normal’. I’m not some bright eyed Pollyanna optimist but I believe and sincerely hope that it will do so again in months to come. Regardless of boom or bust times, keep overheads and debt as low as possible. And remember the quote attributed to more than one author:

Also remember to be a kind person. Yes, I feel for staff laid off by Qantas and other airlines; but my heart also goes out to the thousands of small business operators who are/were suppliers to those companies-the sole operators without a high profile, union or PR department, which leaves them virtually voiceless.

I spoke to a small business operator in the tourism sector last week suffering sleepless nights, wondering how to keep loyal staff.

“We paid them out of our own pocket last month but can’t continue to do so. What do we do?”

There is no definitive answer and I could only suggest:

Be up front with them. Tell them the truth. And most importantly, ask what they would do if they were in your shoes as the owner? Would they be willing to work part time? Take a cut in salary? Go on extended leave without pay? Close the business? Are you/they eligible for government assistance? Maybe even offer them a stake in the business-but of course that means they would also share some of the financial risk. There are no easy answers but transparency is vital.

At the time of the 9/11 crisis, I only had one full time staff and two contractors and the full time person opted to work part time for me and part time in aged care. At the time, it wasn’t ideal for either of us but it was doable, suited her well and that arrangement continued long after the crisis passed.

As an intrapreneur with IBM and an entrepreneur in my own small business, I’ve always believed that with risk, comes reward. But risk also comes with risk which everyone must assess according to their individual tolerances.

This week, I’m meant to be in Ghana, Sierra Leone, Senegal and other West African countries to research the final chapters for my new book on courage and kindness in crazy places. I was both disappointed and relieved that the trip was cancelled at the last minute; not necessarily because of corona fear but the prospect of being stranded in a continent with inadequate medical facilities at the best of times. This is not the best of times in any of the 140+ countries I’ve already visited; and grateful to be home in Australia. 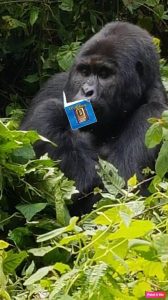 Last year I left for Uganda amidst media reports of an Ebola ‘crisis’…a serious disease I didn’t want to mess with but pre-flight research revealed that 3 people had died of Ebola in the same time frame when over 400 people had died of the normal flu in Australia. It seemed a reasonable risk to take and the trip was well worth it to come face to face with gorillas in the wild. They share 98.4% of our human DNA, just as every human in the world, regardless of gender, race or religion share over 99% of similar DNA. We’re all in this together! which is why I’m social distancing at present! Because this is different! The numbers and statistics are higher. No one is immune.

This photo was taken just on my phone a few meters away and not photo-shopped! (until a friend cheekily inserted a copy of ‘Hope Happens’ and titled it ‘discerning reader.’) And my US based publisher has today agreed to make it available on Amazon at no charge until midnight March 26. And it will also be available here until the end of the month as my gift to help you in these troubled times.

Travel, especially international, has always involved expanding horizons with some degree of risk. However, it’s most doubtful that decades ago, we’d have even been aware of epidemic outbreaks in far flung corners of the globe without the media today–both traditional and social. The internet is unquestionably a fabulous innovation for travellers and I often wonder how we ever managed to travel without it! But it needs to be used as the handy tool it is-not the font of all knowledge when the temptation is to rely and recite only the sensational headlines, rather than read the full facts behind the stories.

With more borders closing daily to make our world less global, I’m grateful for government travel alerts which I always subscribe to before departure. There was no such service when twice stranded in revolutions in South America that sprung up without warning due to bank closures. One glorious December day in 2001, I met in a trendy Buenos Aires café with my South American publisher and less than a month later, returned to the same street with shopfronts boarded up.  Blissfully ignorant of the financial crisis and violence after trekking off the grid in Patagonia, Argentina seemed a different country with 36 people shot dead; and the only accepted currency was US$ cash, as I sat on the kerb-feeling perilously close to the gutter-wondering if there was enough loose change to buy bread and cheese; before luckily boarding the last flight out.

SUSTAINABLE THOUGHTS THAT STAND THE TEST OF TIME

Of course I could be wrong about all of this. But, maybe because I’m one of those ’vulnerable’ people over the age of 60, I learned some valuable lessons a long time ago when both my parents died the year I graduated from university and I arrived in Australia with a backpack, one way ticket and $200. It seemed the end of my world at the time…but the biggest problem of my life turned into the biggest opportunity—which of course I couldn’t see at the time; any more than we can see any  opportunities out there today.

But since bullet points seem essential for any media post, here are a few:

-Don’t be overly complacent and bury your head in the sand; or wallow in a pandemic of fear

-Every obstacle has a hidden opportunity.

-Don’t waste energy asking ‘what if?” Focus your finite resources on what is.

-Ask yourself what can I do today to learn? To grow? To help neighbours?

-Health is wealth and tax free. Eat nutritious foods. Get plenty of sleep. Wash those hands.

-Exercise your body. Spend time walking in nature (not closer than 1.5 metres at present); and while still allowed.

-Exercise your mind. Read enlightening books or listen to mind expanding podcasts you normally don’t have time for. Resilience is like a muscle. It improves with constant use.

-Exercise discipline with media; social and other. Don’t be a slave to social media 24/7. I’m not suggesting a total digital detox when we’re encouraged not to interact in person but let’s be frank…How much of your life have you wasted reading fake news or conspiracy theories in the last week? Checking news updates morning, noon and night is probably enough to stay informed. Watching constant streams or checking 50 times per day won’t change anything-any more than weighing yourself on scales 50 times per day will alter your weight.

-Speaking of which…Never stockpile, especially on chocolate…as it never lasts more than a few days at the best of times-the more I buy, the more I eat.  🙂 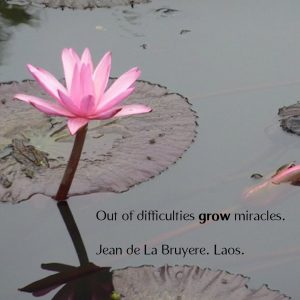 -As the dollar and share market go down, keep your spirits up…

-Stay calm, stay safe, stay in touch. And stay distant if asked to do so.

-Connect with others-and yourself and if quarantined, use that time as a gift. Speaking of which…

Gotta go now…my cupboards are already squeaky clean tidy, and need to get my latest travel photos in order so I can focus to finish that next book.