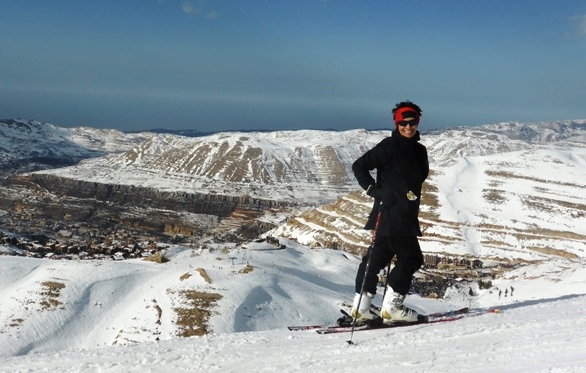 ‘In the sweetness of friendship let there be laughter, and sharing of pleasures. For in the dew of little things, the heart finds its morning and is refreshed’…Kahlil Gibran

Lebanon is in much need of the refreshment mentioned by author of The Prophet, Kahlil Gibran who was born there in 1883. Its capital, Beirut, no longer resembles the city once proudly proclaimed as the Paris of the Middle East.

En route to our hotel, the taxi driver points out the bombed Holiday Inn high rise where people jumped to their deaths to escape gunmen shooting them in their rooms. He then proudly points out where the Prime Minister’s car was bombed in 2005. Welcome to Beirut 2015.

I’m typing this five years later on August 5, 2020 when another explosion rocks the capital. With the Lebanese economy in ruins amidst the Covid-19 crisis, how will their already depleted hospital system cope with hundreds dead and thousands injured? No wonder the governor of the city shed tears during a televised interview. I join him and think of the friendly Lebanese I met on that trip.

We can read about war zones and tragedy in distant lands; even see live images beamed into our living room but regrettably, it sometimes seems little more than a wallpaper backdrop to a different reality. Nothing brings it home than to walk amidst the rubble of bombed-out buildings. In some blocks, it’s every second building. And that was long before the explosion of 2020 nearby the hotel where I stayed. In 2015, the government accused of corruption today, would apparently help restore a building but only if the owners actually resided in it but many Lebanese left during the war to never return.

The official population of Lebanon in 2015 was 4 million but it is estimated that another 20 million Lebanese live outside the country. It seems that everyone we speak to have an uncle or auntie in Australia—which may explain why frankly, I’ve had better falafels in Manly.

As we speed past ‘Sydney’s Bar’ at the Intercontinental Hotel, I ask the taxi driver what he was most proud of in Lebanon:
‘Everything-yes everything in Lebanon perfect. My country and everything perfect.’
You’ve got to give the guy full marks for loyalty but none for reality in a far from perfect country. It strikes me that I’ve lived most of my life in a bubble; in countries so far removed from the horror of war.

A sunset stroll along the Corniche, with the Mediterranean gently lapping the shore, offers a much more pleasant perspective. Gazing towards the snow-capped peak that serves as a backdrop to the city, one can almost visualise the hey-day of Beirut where you could ski in the morning and swim in the afternoon.

Yet I’m haunted to speak to Natasha, a twenty something tour guide.
‘I do not like firework celebrations because it reminds me of the shooting when my mother would come and take me home early from school.’
Her older brother was killed during the war but she matter-of-factly states that there are now laws that safeguard an only son from compulsory military service because many soldiers are still being killed. ‘What to do?’ she shrugs.

xt morning we head to the ski area of Mzaar with a kamikaze driver. The mainly young male skiers adopt the same reckless attitude on the mountain, taking selfies while careering down the slopes at high speed out of control. So, there’s little point worrying that my rental boots are two different sizes and the poles don’t even reach my waist. After all, I’m here for the experience and to return safely; not to win the grand slalom.

Just on other side of this mountain range, a bitter war rages in Syria; smoke visible on the horizon. I query the man, who can’t find two boots the same size, whether it’s safe to ski on the back side of the divide?
‘OK safe here-long way to Syria-no worry.’
Guess it depends on how you define a ‘long way’ as it seems we’re only 52 miles away-not a long way in my books. 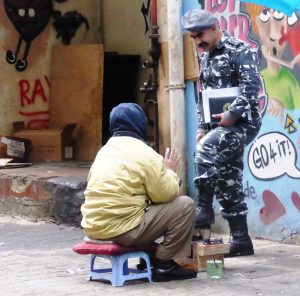 We return to our hotel exhilarated and relaxed after a days’ skiing until we notice the front page of the English language paper. ISIS is now amassing troops on the northern border. There’s conflict in Syria 14 miles to the east and three United Nations staff tell us the main threat is from Israel on the southern border. One of those young men died there the following day in a car explosion. Eight Lebanese soldiers were also killed and the armed military presence in Beirut seems to have escalated overnight. Their so-called camouflage clothing sticks out like proverbial dogs balls, although I never saw a dog in a city of hundreds of cats.

I walk to a restaurant near the American University area along Bliss Street, feeling anything but blissful. Instead I feel vulnerable and alone as my friend has returned home. The tension on the street seems palpable compared to a few days ago so I retreat to a boxercise class in the basement of my hotel when I hear Beyoncé music. I’m partnered with a woman about my own age who lived in Montreal for 23 years but returned to Beirut, where French is still commonly spoken along with Arabic.

‘The weather is much better than Canada so I came back in 2003 after the last war, when things were booming. Now we hear different booms with Israel on one side and ISIS on the other. But, what to do?’ she shrugs.
‘C’est la vie or as the Arabs say—Inshallah. You cannot worry every day of your life. War, you get used to it.’

I’m not sure that I ever would. In a country that is approximately 50% Christian and 50% Islamic, she continues:
‘My friend in Northern Ireland also got used to war there but she likes Lebanon war better because weather better than Irish war.’
She laughs and asks: ‘Enough bad about Lebanon. Now tell me what you like about my country?’

I answer honesty, cautiously because I’m only a visitor: ‘It is interesting‘.
Can she read between the lines of that nuanced euphemism? She nods and prods:
‘So, tell what do you like?’
‘I like some things but not everything…I like the food but not seeing people who have to beg.
I like your rich history and grand monuments of Byblos settled in 500 BC (making it one of the oldest continuously inhabited cities in the world)…but worry about poor people with no homes today.
I like the Jeita Grotto—(a magnificent nine kilometres of interconnected limestone caves with the largest known stalactites in the world.) I confess I’d never heard of it but no wonder the guide said it was like the Grand Canyon.’

I’m on a roll as we swap boxing gloves:
‘I like your friendliness but not your traffic. I like the animated conversations in cafes but not the car horns that drown them out.
I like and admire your resilience but don’t like the fact that you have had so many wars
I like your Mediterranean weather but not the military storms on your borders with your neighbours.
I like that I likely won’t be robbed on the street but don’t like that I may be bombed! Personal safety seems quite good but national security not so good.
I like your past but worry about your future.’

We’re both sweating. Her brow furrows. Tears well in her eyes:
‘I understand. You understand. You must be part Lebanese in your heart because this is also what I like and don’t like about my country.’

She punches the bag with increased intensity.
‘It is even more chaotic since the Syrians came.’
In a country of over 18 religions, it’s estimated there were over 2 million Syrian refugees and 400,000+Palestine refugees according to census but those figures are likely higher. 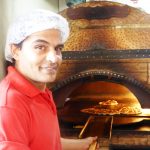 ‘It is hard to tell who are genuine Syrian refugees or organised gangs.’ I’d heard that same comment from the hotel.
‘Hard to tell’ echoes a social activist at the nearby American University.
‘Almost hard to tell’ says young Abraham, a student Syrian refugee with excellent English who sold me flat bread straight from his open flame oven every morning, along with freshly squeezed pomegranate juice.
‘But you can usually tell by their eyes and your heart. And if they sell tissues on the street, they are too proud to beg so need the money.’
Yet on my last day, he refuses the extra cash I give him for bread.
‘My brother and I work to feed my family. Please use that money to buy tissues.’

It’s January 26, Australia Day 2015 and I desperately want to be home but my flight has been cancelled for some unexplainable reason, possibly to do with military activity. Normally I’d be giving a speech as an Australia Day Ambassador surrounded by hundreds in a church hall or barbecue in some peaceful regional town. Today I feel alone, isolated and afraid to leave the hotel with ISIS even closer on the northern border than two days ago.

I use some of those tissues to dry my tears shed for the UN worker, the Syrian refugees and pathetically, mainly my own self indulged pity as I write in my diary:
‘I would like to be that person who volunteers to go and work in those camps; would like to be but it’s not my strength and they don’t need a motivational speaker when their only motivation is find shelter and safety.’

The Lebanese flag is red for the blood of the martyrs, white for peace, purity and the snow of the mountains and a green cedar tree of eternity and strength.
‘Stay strong.’ I say silently to myself and the people of Lebanon as I fly home two days later. 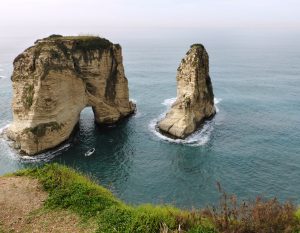 I re-echo that sentiment and remember a somewhat incongruous local Lebanese tourist brochure I’d seen during my visit that proclaimed:

‘War torn Beirut is the city that refuses to disappear.’